The end of an era: Sugiyama retires 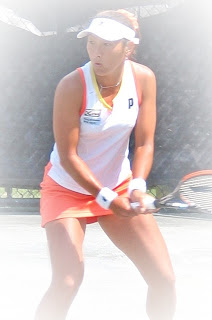 Ai Sugiyama announced a few weeks ago that she was retiring at the Toray Pan Pacific Open, and the tournament began with a farewell ceremony for her. For fans who have been following tennis for a long time, it's hard to think back to a time when Sugiyama was not a name on the tour. Just over five feet, four inches, Sugiyama stood as a dramatic contrast to the tall, powerful players who arrived on the scene at the beginning of the last decade, but she held her own--and then some--staying remarkably fit for years, and attracting a wide fan base.

Ranked as high as number 8 in the world, Sugiyama won six singles titles; two of those wins were at the Japan Open. As good as Sugiyama was in singles, however, it will be her doubles play for which she will be most remembered; she won a total of 38 doubles titles. She and Julie Halard won the 2000 U.S. Open, and--teamed with Kim Clijsters--she won both Wimbledon and the French Open in 2003. Sugiyama and Mahesh Bhupati won the 1999 U.S. Open mixed doubles title.

Coached by her mother, Fusako, for her entire career, Sugiyama is also part-owner of a family business that incorporates a number of recreational establishments, including a tennis academy. An avid golfer, she has always been fond of tournaments in venues where there are good golf courses.

Between her business interests and golf, one might think that Sugiyama is looking forward to a busy life. However, just recently, she said she had mixed feelings and that, "I can't imagine not playing tennis." It will also be hard for fans to imagine tennis without her.
Posted by Diane at 3:58 PM