Wickmayer dispenses of 2nd Bondarenko, and Spain moves on 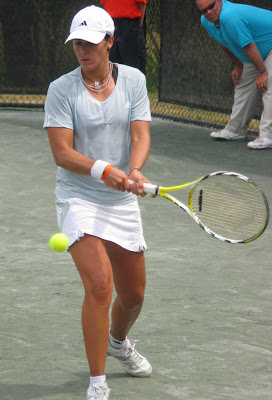 Meanwhile, Maria Sharapova, continuing her steamroller run, took care of Shahar Peer, 6-1, 6-1, to give Russia a 4-1 victory over Israel in Fed Cup.

The biggest news, however, is that Anabel Medina Garrigues, who defeated Flavia Pennetta, has now also defeated Francesca Schiavone, 6-4, 6-1, which moves Spain to the Fed Cup semifinals. Italy was last year's finalist.
Posted by Diane at 11:05 AM