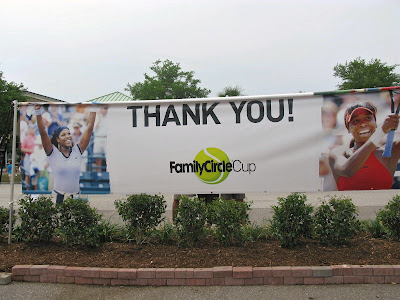 Serena Williams (2012, 2008), Samantha Stosur (2010), Sabine Lisicki (2009), Jelena Jankovic (2007), and Venus Williams (2004)--all former Family Circle Cup champions--will compete in the 2013 event, which begins March 30 and runs through April 7. 28 nations will be represented in the main draw, which is filled with many of the WTA's biggest stars, in addition to several up-and-coming players who have gotten a great deal of attention in the last several months.

Four wild cards will be added to the draw at a later date. Qualifying will take place March 30 and 31.

The Family Circle Cup is the largest women's-only tennis tournament in the world, and is the only tournament played on green clay. The event has a very rich history; Family Circle is the longest-running title sponsor in professional tennis, and has a unique partnership with the city of Charleston.

The tournament is held at the Family Circle Cup Tennis Center on Daniel Island. The fans who attend are generally very knowledgeable about women's tennis, and show a lot of enthusiasm for and appreciation of the players.
Posted by Diane at 1:03 AM