Jankovic and Pavlyuchenkova both out in Miami 2nd round 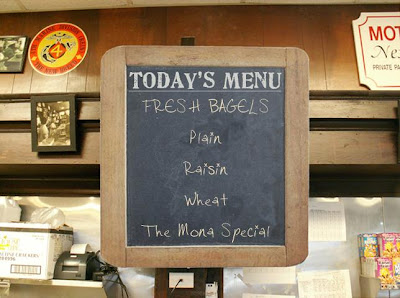 Though it isn't surprising, it's a sign of the times that both 13th seed Jelena Jankovic and 19th seed Anastasia Pavlyuchenkova were defeated today in Miami in the second round of play. Mona Barthel handily defeated former world number 1 Jankovic 6-0, 6-3, and Pavlyuchenkova fell 6-1, 6-2 to countrywoman Ekaterina Makarova. Jankovic's best days really do seem to be behind her, and Pavlyuchenkova's best days--well, I'm not sure we ever saw them.

Also going away was 2006 Miami champion Svetlana Kuznetsova, who lost to the often-dangerous Iveta Benesova. Benesova defeated Kuznetsova 1-6, 7-6, 7-6, and she won both tiebreaks 9-7.

There was a notable upset in doubles: Eva Birnerova and Klaudia Jans-Ignacik defeated 4th seeds Andrea Hlavackova and Lucie Hradecka 6-4, 7-5.
Posted by Diane at 9:49 PM

i haven't seen Kuzie play in a long time...but i don't understand how someone so good can keep losing tight matches like this...is it focus? is it mental? she and her coaches must be frustrated.

I just remember her match against serena in beijing in 2004 after she won the us open...that was some high quality stuff.

it makes sense that she's good friends with marat safin. both so talented...but so volatile...and winners of majors every 5 years...womder if the similarity will also extend to the way/timing of kuzie's retirement.

iveta benesova and katarina srebotnik kind of perplex me. both are top 30 players...and i kind of always wonder why...i don't understand how they win matches...at least srebotnik had a good serve...but iveta has like no power and i don't understand the difference between her and like a player that's ranked 80 - 100. perhaps mental? experience?

where did you find your picture Diane?

I think Kuznetsova, talent-wise, is one of the very top players on the tour. She has a fantastic game. But I think she falls into that "Russian head case" category.

Benesova, when she's on, has a terrific serve with a whole lot of variety. And she's a lefty. She can be a bit of a trickster, and her doubles experience has really helped her to confound some players in singles competition.

Know ur Role, first of all my comments were not the­ numbers you quote. Secondly I never said that­ Serena's "physical looks" had anything to­ do with her verbal abuse. I only said that that­ incident was one which I didn't like and many­ people would agree with me. Other than that, I have­ always enjoyed watching Serena play and have cheered­ her on. Thirdly, yes Eurosport does often publish­ unflattering photos of Serena. Showing her rear end­ completely exposed in this photo is deliberate. I­ think I only showed respect towards Serena, in my­ comments. I was not derogatory towards Serena. I­ was not abusive, unlike your kind comment for me to­ 'put a sock in it' (nice). I was positive­ about her attributes. I really don't understand­ your retort. I always report the negative racist­ comments about Serena to Eurosport and hope that they­ are taken off. And there have been many many rude and­ horrible comments about her. #34 is the one who­ sarcastically wrote 'what a sexy picture'. ­ What is your point, other than to criticize what I­ wrote??

I think Sveta's problem is mental. I recall a few years ago I was watching a match of hers and when she came up to serve for the match or the set she had either chalk or saw dust and she kept putting it on her hands because they were so sweaty. The anxiety on her face made me think that everything that she was going through was mental. This sport is brutal no matter how talented you are.

As a club player myself, I can tell you that the hardest part about tennis is either serving for a set or a match. It is like everything inside you becomes so small, and that is why when the legends are able to do it over and over again, you have to give kudos to them for being so mentally strong.

What the hell are you talking about?

Karen, what you say is why is I think there should be much more attention paid to the mental aspect of training in pro tennis.