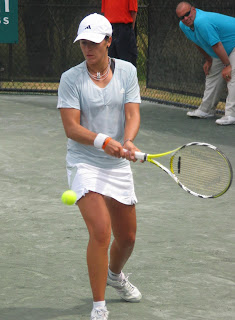 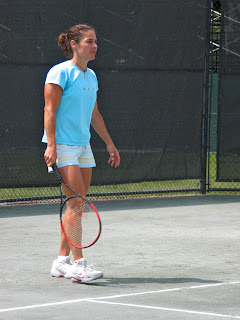 In wheelchair doubles, Esther Vergeer and Korie Homan are the 2009 champions. They defeated Annick Sevenans and Aniek van Koot 6-2, 6-3. Vergeer and Homan were the top seeds. Earlier today, Vergeer defeated Homan to win the singles championship.
Posted by Diane at 12:31 PM