If it's raining, it must be Wimbledon 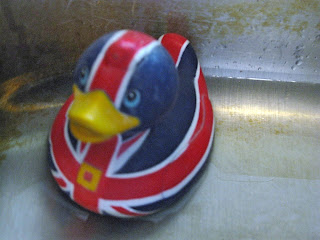 Today, around 4:30 p.m. British time, it finally happened--it rained during Wimbledon. It has been dry for days, but the showers came during the busiest day of the tournament. All play was suspended and the roof was placed over Centre Court, a process which took a really long time. Dinara Safina and Amelie Mauresmo were in the middle of their round of 16 second set when the delay occured, and once play resumed, Mauresmo became the first player to strike a tennis ball under the roof.

Once play resumed, it took a while for the electronic scoreboard to begin working again. In the meantime--for those of us who were unable to view the match--Radio Wimbledon was available.

It turns out that the showers did not last long. Simply waiting for them to end would have taken about the same amount of time as it did to put the Centre Court roof on. However, there is no way of predicting how long a storm will last, and putting the roof on keeps the grass from getting wet.

For those who enjoy historical moments at tournaments, it must seem fitting that the first players to play under the new roof were the world number 1 and a former Wimbledon champion.
Posted by Diane at 1:03 PM