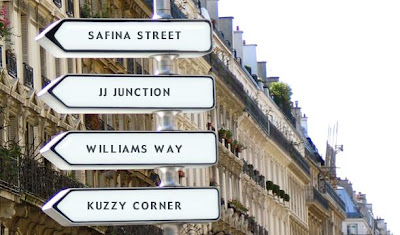 The French Open is my favorite of the four majors. I enjoy them all, but for me, nothing compares with watching the clay masters slide, spin, lob, and maneuver. There are people, I know, who do not enjoy watching clay court tennis--I'm just glad I'm not one of them!

The greatest clay court player of all time, most people agree, is Chris Evert. Evert won 125 consecutive matches on clay, and she won the French Open seven times. However, this record has to be looked at in the context of the times. Evert skipped three French Opens during her prime in order to play World Team Tennis. At that time, players were not frantically counting their major titles the way players do now. (Evert and other players often skipped the Australian Open because it occurred during Christmas; Evonne Goolagong sometimes skipped majors simply because she had other things to do.) There is no doubt in my mind that Evert would have won at least one (and probably more) of the titles in those years she skipped, given that she was number 1 in the world and undefeated on clay during those years. We have a very different tennis culture now--one geared more to statistics and major tournament victories.

At Roland Garros, the court is made of a layer of crushed brick, under which lies a layer of slag. The courts must be manually sprinkled in order to assure that there is neither too little nor too much moisture. Each spring, the courts are re-layed because of annual frost damage.

1925 was the first year that the French Open included non-French players. From 1925 on, seven women representing France have won the title. Mary Pierce was the last to win, in 2000, but the last actual Frenchwoman to win was Francoise Durr, in 1967. The great Suzanne Lenglen won the tournament six times; however, four of those wins took place when only Frenchwomen competed. One of the major courts at Roland Garros is named for Lenglen.
Posted by Diane at 2:18 PM