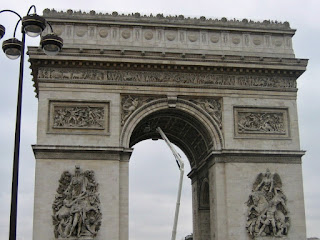 Among ATP players, the Australian Open is considered the most unpredictable of the majors, but when it comes to the WTA, it is the French Open that is generally considered the one that is hardest to call, and that is especially true now that Justine Henin has retired. It is a hard year for making predictions.

Dinara Safina: The world number 1, and last year's finalist, is wonderful on red clay. She is fit, and she is a fighter. There is every reason to believe that she can win this year at Roland Garros. However, Thrill Ride has a habit of coming from far behind in matches, and thereby taxing the physical and mental energy she needs to be successful in seven rounds of play. Last year, by the time she reached the final, she was depleted--at least mentally. Safina's exciting play is great for putting fans on the edges of their seats, but she needs to bring it down a notch or two if she expects to hold the trophy. Her performance in recent matches shows that she is capable of doing this.

Svetlana Kuznetsova: Kuznetsova is as talented a clay contender as there is, yet she has never won the French Open. She recently won in Stuttgart, an achievement which appeared to turn her career around, and she was the finalist in Rome the next week. That Rome final, however, featured the Kuznetsova who folds under pressure, the one who gets into finals and does not win them. To be fair, the pressure she was under (from Safina) was relentless, but Kuznetsova was not able to respond well enough. Nevertheless, she is a contender to take the title at Roland Garros.

Serena Williams: Whether Williams is really a contender depends on her health. If her knee is stable, she can win just about anything. If not, she will not be able to compete at the top level. Good health, however, does not guarantee her the title.

Ana Ivanovic: Ivanovic is the defending champion. But that is not the same Ivanovic whom we are seeing in 2009. Still a bit uncertain and still struggling with her serve, Ivanovic just does not look like she is ready to go seven rounds in a major. There is every reason to believe that she'll turn things around, but it is unlikely that she will do so at this time. Still, a defending champion is always a contender.

Jelena Jankovic: Six months ago, I considered Jankovic one of a few players most likely to win the 2009 French Open. I no longer think her chances are as good, but--as she struggles to overcome her off-season fitness disaster and to regain her confidence--I have to place her in the contender category on the basis of her considerable clay court talent, and her indefatigable spirit.

Elena Dementieva: For a few years, many of us said, "If only Elena could develop a good serve, she would win a major." The development of that good serve is now a fait accompli, but Dementieva still seems to get stuck in the upper end of big tournaments. There was a time (back when she couldn't serve) that she was the deadliest three-set player on the tour; if you went to a third with Dementieva, you were a goner. But now she is vulnerable. (Those of us who recall when Dementeiva could serve decently--way back when, before her injury--should also recall that she frequently got stalled in those days, too.) Dementieva has the skills to win at Roland Garros, though--as of right now--she is not at the top of the contender list.

Amelie Mauresmo: Who knew that Mauresmo would emerge as a contender in 2009? But she is, despite the fact that she has always felt too much pressure to be really competitive in Paris. As good on clay as she is on grass, Mauresmo is fit again, though her confidence and focus left her in the Madrid semifinal, which makes her less of a contender than I hoped she would be. She will need to get that confidence back, and to shed some of the anxiety she has always felt about playing in front of her countrypeople, but I make her an outside contender because I have seen her turn things around so many times before.

Caroline Wozniacki: Wozniacki, in my opinion, is not likely to win the French Open, but she could knock out some top players on a good day. She is beginning to like clay courts, and she has an energy about her that is pleasant to watch. Depending on the draw, she could go far.

Venus Williams: I don't think Williams will win, either (though others do consider her a contender) but when her serve is on, she can be deadly. She is not likely to be really deadly, however, until her feet are on grass.

Flavia Pennetta: Pennetta is hard to predict; her career goes in waves. But there is no doubting her ability to confound almost any opponent, especially on clay. Pennetta can hit hard, think quickly, and produce a wide variety of stunning shots.

Patty Schnyder: Schnyder is a joy to watch when she plays on clay. She can spin, lob and drop an opponent into a frenzy, and she now has a pretty good backhand to go with that loopy--and effective--forehand. When Schnyder is serving well, she has an excellent first and second serve. When she isn't serving well, her game can go to pieces. If she can keep her service game consistent, she can do some damage in Paris.

Sabine Lisicki: The surprise Charleston champion struggled with a shoulder injury at the beginning of the European clay season. That healed, but now she is dealing with some type of abdominal disorder. If she is healthy for the French Open, she is definitely a player to watch, though--sadly--she won't be match-tough. The big server and hard hitter from Germany has added plenty of finesse and an obvious cerebral level to her now most impressive game.

Maria Sharapova: She's back! The self-proclaimed "cow on ice" (on clay courts) will be in Paris, and it will be really good to see her there.

Victoria Azarenka: Azarenka is a very hot player these days, but red clay is not her strength--she may even contend for Sharapova's bovine title. Still, given how much she has achieved, we need to keep an eye on her. She might also surprise us.

Marion Bartoli: Bartoli is somewhat of a mystery. The 2007 Wimbledon finalist is very good on clay, and no one on the tour is a better returner of serve. Bartoli, however, is given to moments of sudden fatigue, possibly a result of her lengthy and difficult training regimen, and her body can be fragile. But when she is healthy and fresh, the two-handed Frenchwoman can blow opponents off the court.

Gisela Dulko: Dulko is one of those players who should be ranked higher than she is. Like Schnyder, she owns a really good serve, but it isn't always available. She hits the ball much harder than her small frame would indicate, and she can be quite effective on clay, where she is almost always upset material.

Dominika Cibulkova: Cibulkova has been struggling with injuries again--her back and her thigh--and may not be in the best of shape for the French Open, if she even shows up for it. But if she is reasonably healthy, she can be impressive on clay.

Elena Vesnina: No longer the "other Russian," Vesnina already has my support for the Most Improved Player award. She is smart and precise, and if you haven't watched her play lately, you're in for a surprise.

Agnieszka Radwanska: Radwanska is always worth watching. With the dead-on, all-business affect and precision of Evert and the cleverness of both Evert and Hingis, Radwanska--not unlike the pre-trauma Anna Chakvetadze--uses her brain as much as her racquet, and has an uncanny sense of ball placement. (As of now, Radwanska is entered in the tournament, but she, too, has been struggling with an injury.)

Katarina Srebotnik: Srebotnik upset the tennis world last year when she took Serena Williams out of the tournament in the third round. She has a lot of clay court skills, but two foot injuries have forced her to stay off the court.

Kim Clijsters: She's back, and I wish she had entered the tournament she came so close to winning on two occasions.

Vera Zvonareva: I thought Zvonareva had a really good shot at winning the tournament this year, but her unfortunate injury in Charleston is sure to put her out of the competition. The French Open hasn't even started, and I already miss her.
Posted by Diane at 6:09 PM

Kuznetsova, or one of the players to watch, I believe will be the winner of the French Open.

my dreams tell me 09 might finally be a momo vintage year at RG, (I saw momo being lifted onto shoulders after the final + headlines about France's share market rocketing after the win - don't ask me how that happend!) lol...

Never forget Marion. She's working very hard this week and sems very confident.
She defeated Caroline Wozniacki in Stuttgart. In case of sunny weather, she will be very dangerous.

It would be so great if Mauresmo could win RG in this the twilight of her career but I have a feeling this year's champion will be a Russian. If Dinara plays the way she played in the final against Wozniacki, it's hers.

On another note, it's great having Maria back. I've missed her.

Dani, your dream was more realistic than mine: After Madrid, I dreamed I was hanging with a group of people that included Dinara and her brother, and I wound up cooking breakfast for Marat.

lighter, I agree we shouldn't forget Marion. I added her to the list (and I wonder what kind of unconscious process caused me to leave her off).